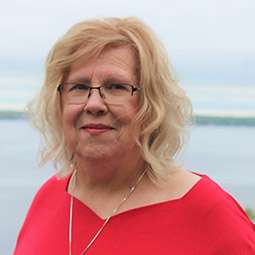 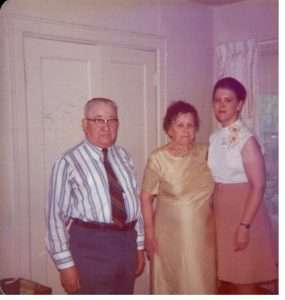 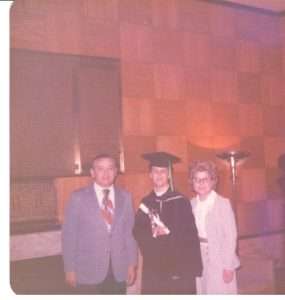 It seems odd now to contemplate a time when women were not fully welcomed into all aspects of the medical profession.  But Dr. Carol Markiewicz remembers her own battles to break through the “glass ceiling” as she pioneered new paths for women in medicine. And she will tell you that people who gave gifts of time and treasure made it possible for her to succeed.
“I decided to go into medicine when I was only eleven years old,” Carol recalls. “My sister ripped her knee open, and since my mom wasn’t home, I went to our family doctor with my neighbor.” A lot of people would turn pale and hand the patient off at the door, but not Carol!  “I held my sister’s leg for the doctor and watched, fascinated by what he was doing.”
That doctor was perceptive and kind enough to notice Carol’s interest. He was one of the first to encourage her dreams, but he was not alone. “The only way I could go to college was to live at home and attend Wayne State,” Carol recalls. “They were opening a new osteopathic hospital there. My beloved family doctor clued me in, and helped me apply to work in the lab.” Carol started out washing lab glassware. The lab chief quickly spotted Carol’s talents and provided extra coaching and experiences that advanced her education.
Family came through for Carol, too. Her parents and her grandparents sacrificed to make her dreams come true.  “Back in those days, you had to buy your own microscope,” she recalls. “I got a second job to earn part of the money, and my grandmother came up with the rest. My parents struggled, but they scraped up the money for my first year of tuition. My dad kept saying, ‘You can do anything you want to do.’  Their belief and support meant the world to me.”
Not everyone was so supportive.  Carol transferred to Grand Rapids for her general surgery rotation because the doctors in Kansas City thought that slot should go to a man. Carol persevered, fell in love with obstetrics, and stayed in West Michigan. She became the first female OB/GYN in Muskegon, practicing with Ford Grimshaw, D.O. Together, she and Dr. Grimshaw started an osteopathic OB/GYN residency program at Muskegon General Hospital. Thirty-four years and more than 10,000 babies later, Carol finally retired.
Carol has never forgotten the people and the gifts that propelled her to a marvelous career. “I believe in giving back,” she says. “I give to the Osteopathic Foundation because they cultivate home-grown medical talent for this community. Fortunately, women are no longer excluded from any medical fields. But students still need connections and funding. I am on the committee to award scholarships for OsteoCHAMPS because I know how much those experiences and connections matter. I want all young people to have the same support and encouragement that made my career possible.”